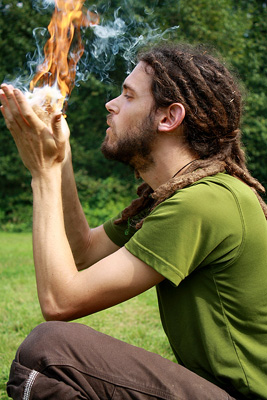 It seems as if survival shows are being introduced onto television networks with more frequency every season. I know this not because I watch them (although I was a fan of the early episodes of Dual Survival and Survivorman back when I watched television), but because we get a call or email almost weekly from a casting or production company looking to recruit our current staff, students or alumni for their new idea.

Let me start by saying that I’m happy that wilderness survival is getting more and more attention in the media. However, I’ve noticed from both talking to our students who’ve auditioned and the limited viewing that I have done that there is a pretty clear discrepancy between how a survival situation is being portrayed by television survival shows and how a real survival situation actually unfolds.

Don’t get me wrong, survivalists such as Cody Lundin and Les Stroud helped to inspire me to pursue survival skills as a profession, but Cody’s parting words to his fans after leaving Dual Survival left me scratching my head. He thanked everyone and the network for all of their years of support, but then he stated that he refused to compromise his integrity and the views that he has of what survival entails for the demands of the show. When I read between the lines of his statement, I assumed that they asked him to take more risks and infuse a little more drama (aside from his bare feet) into the survival show. After reading a few follow up interviews given by Cody in the months following his departure, my assumptions were confirmed.

I can’t fault the networks for asking Cody to take more risks because that’s what sells and draws in viewers. But in the end, if you take risks and infuse drama into an actual survival situation, you’re asking for doom. You see, actual survival in the wilderness is about safety and energy conservation, both of which make for boring television. When you don’t know where your next source of shelter/warmth, drinking water or food is, you have to constantly be aware of every move that you make since it burns precious calories that you can’t afford to spare. When you use your calories unwisely by performing such activities as climbing tall trees or tightrope crawling across a ravine (like a certain survival personality who I won’t mention does), you won’t have enough energy left to attain the survival essentials (shelter, fire, water, food) and you’ll more than likely perish. Let’s take that a step further and assume that these risky activities lead to an injury. It requires a lot more energy to make a friction fire with a broken hand or gather debris for a shelter with a broken leg. It’s just not worth it. 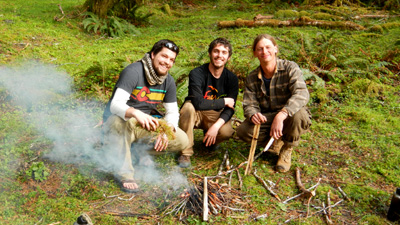 I think it’s important that I take a moment to expand on the energy conservation component of survival because it’s obviously misunderstood within the reality television world. You see, you CANNOT read in a book or experience vicariously through someone else in one of the survival shows what it's like to expend large amounts of energy attaining the first three survival priorities. This is especially true after sustaining an injury from taking an unnecessary risk without replenishing that energy with additional calories. In an actual survival situation, you’re expending large amounts of calories while only taking in between 60-100 per day. After the first day or two your lack of calorie intake, combined with the energy that you’ve already expended, turns into fatigue. Fatigue to the point where you cannot walk 40 yards to gather firewood without taking a short nap before you return to camp. After you actually experience this a few times, you begin to get incredibly calculating with every step that you take. After going out on a number of survival trips myself, I’m constantly trying to reduce the amount of steps and the time required to complete basic tasks.

Another issue that bothers me is that almost every one of the survival shows mixes up locations and constantly puts survivalists into new environments that they are unfamiliar with and NONE of them happen to be specialists in that environment. While this unfamiliarity with unique natural systems in particular locations leads to struggle and good television, it’s not very educational. What would more than likely work better would be for each new location to feature a survivalist who specializes in that particular area. This would be a person who can look at a landscape and determine where food, water and shelter are fairly quickly due to their understanding natural systems and relationships. For example, certain trees indicate not only water, but soil types and conditions conducive of other certain wild utilitarian and edible plants. Knowing wildlife well enough to be able to quickly determine where they would be living and moving throughout the landscape (based upon the availability of water, their track and sign and their preferred food sources) would be incredibly beneficial if you wanted to obtain a protein source. This also would allow an individual in an actual survival situation to stay alive long enough for almost any rescue team to arrive on the scene, not just the typical short term survival duration of 3-5 days. 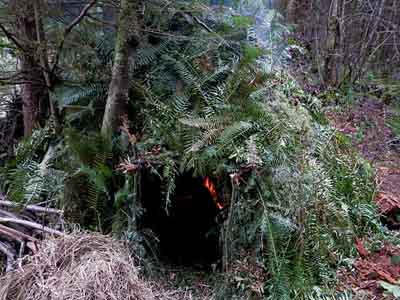 Don’t be fooled by what you see on TV survival shows, a short term survival situation with minimal gear should be treated with the utmost caution and respect. I take survival trips fairly frequently and I am constantly humbled by Mother Nature. No matter how far I advance my skills or naturalist knowledge, she always seems to throw me curve-balls and keep me off guard. In conclusion, I want to send out a sincere thank you to Cody Lundin for not sacrificing his integrity for a buck. I have even more respect for him now than I did before and I’d gladly find a television to watch his next show if there ever is one. Thanks for reading and be safe out there.

About the Author: Gabe Garms is passionate about permaculture, ethnobotany, birding, and wilderness survival. He wrote several articles while teaching at Alderleaf. Learn more about Gabe Garms.

Return from Survival Shows back to Wilderness Survival Articles