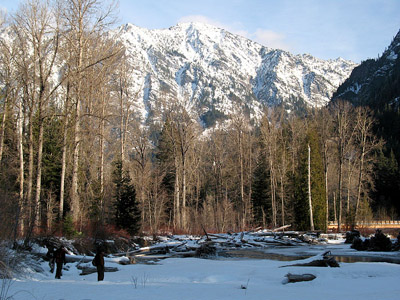 The wet, cool and moderate Pacific Northwest weather is a powerful force in shaping the ecology of the land. Understanding its patterns and how they change throughout the seasons is a vital skill to anyone who is serious about learning to enjoy the outdoors and especially for those interested in wilderness survival. The weather patterns present a unique assortment of challenges and blessings on the lands of the Pacific Northwest. It affects all aspects of the lives of the people who live in this region, and also strongly influences each area of curriculum at Alderleaf Wilderness College.

Lay of the Land

To understand the Pacific Northwest weather, you must first understand its geography. Large mountain ranges cross this land in several places, the largest being the Cascade Range which stretches from northern California, through Oregon and Washington, and reaching into southern British Columbia. This range of mountains acts both as a rain trap and a rain barrier. On the western slopes of the Cascades, rainfall is high from 40 to over 80 inches per year. Meanwhile, on the eastern slopes it is much lower and decreases as you travel further east and lower in elevation, from about 30 to less than 20 inches. The relatively dry, semi-arid region east of this mountain range is called the Columbia plateau. This region can see less than 15 inches of rain annually! This dramatic climatic impact of the mountains is known as the “rain-shadow effect.”

Smaller coastal mountain ranges such as the Olympic Range can show similar effects on a more localized level.

Where does it come from?

Warm, moisture laden air travels from out of the Pacific ocean to the Southwest of the region and moves inland as it arrives at the Pacific Northwest. From fall through springtime, this often carries with it the rains that many associate with Pacific Northwest weather. Generally, the dominant weather patterns for most of the year come from the Pacific ocean, following the dominant wind direction in this region. This can vary somewhat on a more localized scale.

In the late fall, winter and early spring, weather that comes from the Northwest and travels inland often carries with it snow. While in the summer, this same weather is a harbinger of warm, clear days.

Very cold weather comes from the Northeast, from the interior of the continent. This weather is driven by the very cold air that comes out of the Great Plains, flows over the Rocky Mountains to the east, fills the Columbia basin like a giant bowl until it overflows over the Cascade range and into the usually more moderately cool regions west of the mountains. Often, snow may follow on the arrival of such a cold spell. 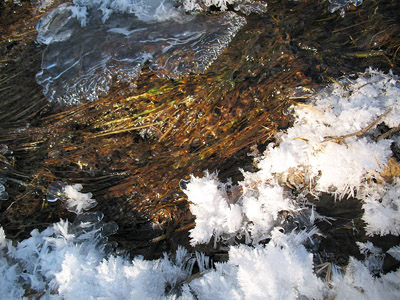 It is true that Pacific Northwest weather is very unpredictable, and even the best forecasters can be wrong about what it will do on a day to day, let alone week to week basis! Rain and cloud cover are a staple of the weather in the region west of the Cascade mountains, and even the warm summertime season may be interspersed with periods of rain.

From the survival standpoint, being prepared for wet and cool weather at just about any time of year is wise. Spending time safely in the outdoors in this region requires good planning and good equipment. The higher elevations in the mountains get significant amounts of snowfall each year and can be drastically colder than the lowland valleys during winter.

Working with the Pacific Northwest Weather

Given the active, hands-on and outdoor focused curriculum at Alderleaf, a good understanding of local weather and how to respond to it is key to the success of the school’s programs. Each of the 6 areas of curriculum is strongly affected by the Pacific Northwest weather, which includes: wildlife tracking, naturalist studies, ethnobotany, wilderness survival, permaculture and nature-based education. 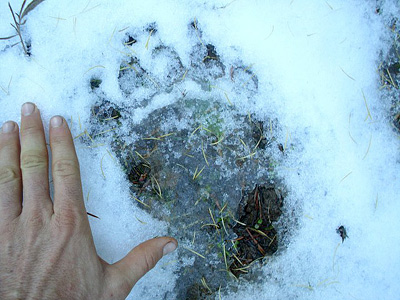 Wildlife Tracking is the study of the tracks and sign left behind by wildlife. The abundant waters of the region create many places to find clear tracks, such as muddy or sand areas along rivers, lakes, ponds and wetlands. The nearly annual flooding caused by the impact of high rainfall events on major rivers can create a tracking bonanza. The fine silt deposited by these flood events can be perfect for capturing and holding the tracks left by the passing of even the tiniest wildlife. The saturated soils during the fall, winter and springtime also help hold the more subtle compression tracks left in the duff in the woodlands and forests, allowing trackers to more easily follow the trails left behind by animals such as deer or bears. 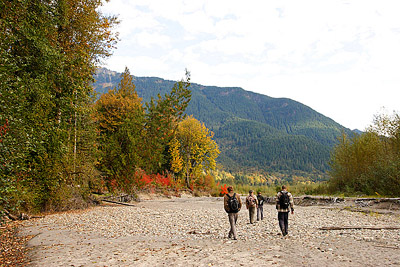 Naturalist studies are focused on the local flora, fauna and general ecology of the region, of which the Pacific Northwest weather is a major influencing force. The effects of the rain shadow on the variety, distribution and diversity of the plants, fungi and animals found in this region are very dramatic. On the western slopes and further West of the Cascades, many landscapes are covered in moss-laden coniferous forests. Many animals and plants are specially adapted to live and grow in the cool, moist and relatively mild climate of this area. East of the Cascades, a completely different community of animals, plants and fungi live together in a drastically dryer and more extreme environment. This incredible diversity, which includes temperate rain forests, glaciers and semi-arid lands is all found in a relatively small area and can only exist because of the annual patterns of weather. 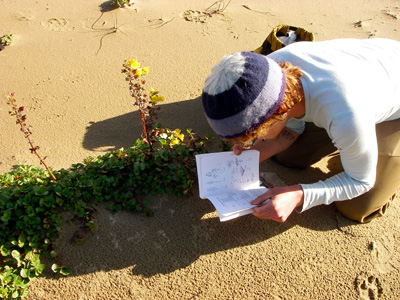 Ethnobotany - which is the study of human relationships with plants - is shaped completely by the Pacific Northwest weather. The amount of rain that falls in various areas throughout the region determines what kinds of plants can grow there. Even a difference of a few inches can mean the presence of one plant and the absence of another. Due to the abundant moister, plant growth can be explosive during the warmer parts of the year. Many berry producing plants grow in the region, and are a source of wild foods for those who know about them. The fall rains bring another natural bounty: wild edible mushrooms. 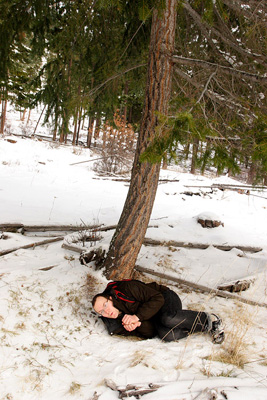 Wilderness Survival demands a clear understanding of Pacific Northwest weather. In order to survive in this climate, you must be able to reliably create a fire. Also, knowing where to seek shelter or how to create it is vital. Exposure is the greatest killer in the wilderness areas of the Pacific Northwest. Wearing the proper clothing in this rainy region is very helpful, especially wool or synthetic clothing. Though more well-known for its wetness, the Pacific Northwest includes some impressive mountain ranges. The high elevation mountain environments can be punishingly cold in the winter. On glaciated peaks, freezing to death is a real possibility even in the middle of summer. Given the rich and varied landscape of the region, it is an important survival skill to know how to navigate using map, compass and other tools. 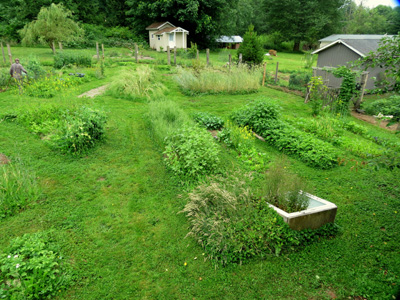 Permaculture is an approach to designing human settlements and agricultural systems that mimic and learn from the relationships found in natural systems. It works with the land and the weather of a region to provide for the needs of humans while also helping rehabilitate disturbed land. The mild temperatures, and abundant rain makes for great growing conditions for many kinds of cultivated foods. The only limiting factor West of the Cascades is the amount of sun, which needs to be collected and utilized whenever possible to maximize growth. The rain can be harvested in water catchment systems, and then fed to gardens during the drier periods of summer. 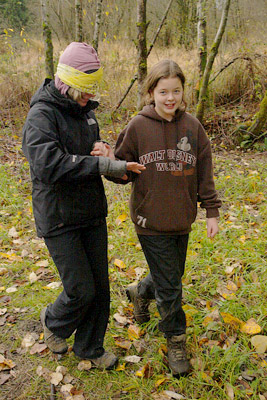 Nature-based education is intimately connected to the experiences of being on the land and in the weather of the Pacific Northwest. The frequently shifting weather adds richness and drama to the teaching environment of the outdoors. Getting muddy, soaked by rain and exploring the moss-covered wonderland of this region is an inspiration in and of itself. Due to its often milder temperatures and moisture, the Pacific Northwest is a perfect place to teach nature-based education. There is such a rich landscape of different textures, colors, smells, as well as flora and fauna.

To learn more about how to survive and thrive in the Pacific Northwest weather, please check out our: Wilderness Survival Courses.