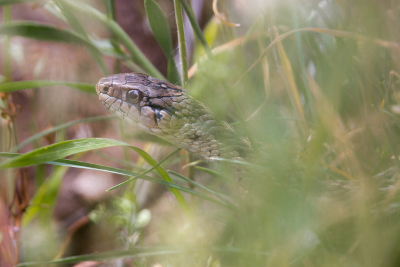 When most people think about the fauna of the western portion of Washington State snakes are not the first animals to spring to mind. The cool, rainy climate that predominates for the majority of the year makes it difficult for most reptiles to successfully reproduce. 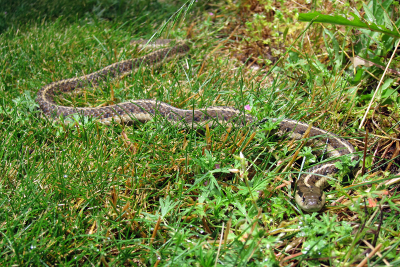 T.s conncinus (red-spotted garter snake) has a solid-colored red or orange head with a wide yellow or green dorsal stripe and no lateral stripes. The sides of the body are black with conspicuous red spots.

Note: Even with the above mentioned delineation between T. sirtalis sub-species it must be kept in mind that variation can exist, and difficulty can still be found in placing garters down to sub-species in the field. 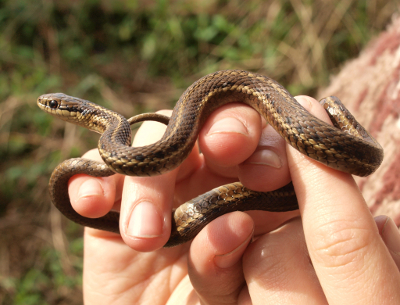 The northwestern garter snake is another extremely variable garter snake species. The dorsal stripe can be red, yellow, tan, turquoise, greenish, blotched, or absent altogether. The lateral stripes have a similar range of colorations. The color of the sides between the dorsal and lateral stripes can vary from black to brown to shades of gray. The sides usually have a variable amount of black spotting (the black spots do not touch the dorsal stripe) and sometimes light white flecking is present as well. Some individuals show a black stripe behind the eye. Northwesterns have seven upper labial scales.

The northwestern garter snake can be differentiated from T. sirtalis, and T. elegans by its small adult size, small head, and tendency to have small red blotches on the ventral scales. T. ordinoides is also the only Thamnophis species in Western WA that, at times, shows a red dorsal stripe.

Note: Some garters in the Pacific Northwest are melanistic (they develop darker melanin skin pigments - the opposite of albinism).

Sexing: Telling apart male from female garters can be a very difficult task in the field. Overall, like most live-bearing snakes, garter snake females are longer and thicker, while males are shorter and skinnier. Males also tend to have longer and thicker tail. Bear in mind that adult snakes are much easier to sex than juveniles.

Garters are found in wide variety of habitats in Western Washington. The common and western terrestrial are typically found close to water (although they may be found further from water in moist areas). 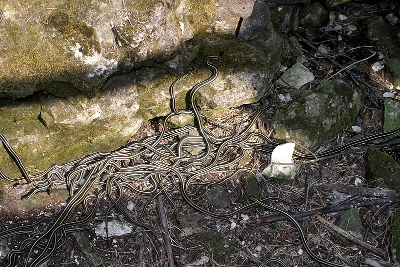 In Western Washington garter snakes are active from late winter (March) until mid-fall (November). During the winter months they hibernate communally in rock piles and other areas of heavy cover that help with overwintering thermoregulation.

Garters are generally only active at air temperatures of 55 degrees or above. Upon emerging from hibernation they spend the late winter/early spring time period near their hibernation sites. Later in the year the snakes will disperse to foraging sites further from the hibernaculum.

Garter snakes give live birth, and copulation occurs shortly after emergence from winter hibernation. Male garters emerge first and wait for the emergence of females. More than one male may attempt to mate with a single female resulting in mating “balls” of several males and one female.

Garters give birth in July and August. Females will often congregate in grassy fields presumably to increase body temperature which in turn helps with the development of the embryos. They typically give birth to between 3 and 85 young. 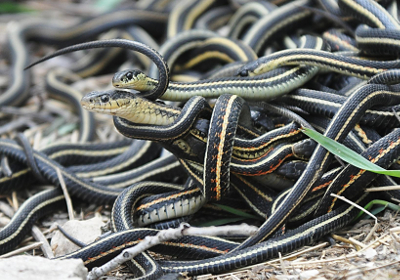 Adult common and western terrestrial garters feed primarily on vertebrates with fish and amphibians making up the bulk of the diet. Juveniles of the above mentioned species feed more heavily on invertebrates with slugs, snails and earthworms all being primary parts of the diet.

Northwestern garters feed mostly upon invertebrates with earthworms and slugs making up the majority of the diet in most areas. 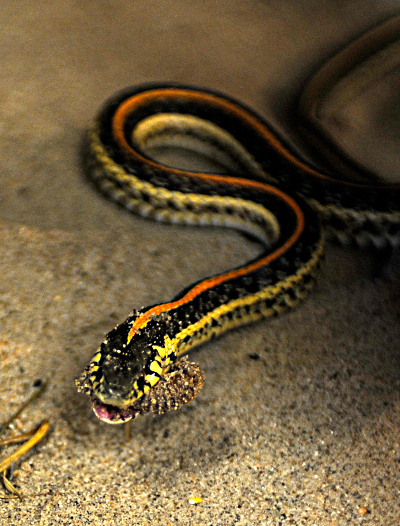 • Females are larger than males in order to bear more young.

• Females are less active than males.

• Garters use retreat sites at different times throughout the day. Snakes that are digesting a male, gravid, or shedding often spend a very limited amount of time outside of retreat sites.

• When disturbed garters expel a mixture of feces, urine and musk from their cloaca as a predator deterrent.

• Garter snakes are one of the few animals that can eat venomous amphibians such as western toads and rough-skinned newts.

2) Tracks: Garters typically move forward using lateral progression leaving a trail typical of other small and medium size snakes. The tracks at times will appear messy due to the animals light weight and/or lack of surface objects for the ventral scales to push of off. Very large individuals and gravid females will use rectilinear locomotion as well. On sand dunes they will use a side-winding locomotion typified by sidewinder rattlesnakes.

Garter snakes are considered beneficial for farmers and permaculturists as they eat invertebrates such as slugs that can damage food crops. 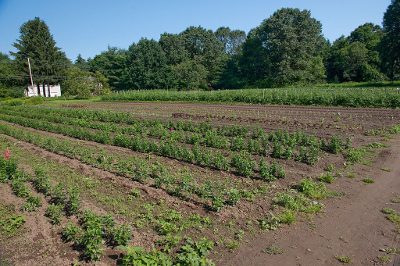 Garters are ubiquitous across much of the United States even occurring as far north as Southeast Alaska. No other reptile is so widely recognized by the general public. Even people with limited exposure to the out of doors can recognize this snake. Garter snakes provide people with ecological services such as pest control, beauty, and an introduction to the natural world; and for those reasons (among many others) they hold a special place in the lives of many.

Learn more about the snakes of Washington State on the WDFW site.

Return from Garter Snakes back to Wilderness Articles