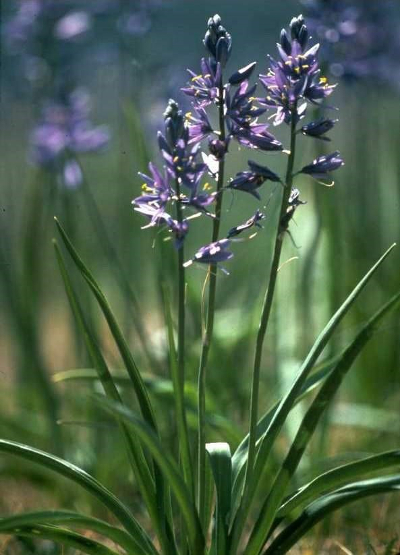 Common camas (Camassia quamash) is a plant of the native prairies throughout the northwestern United States. Common camas was once widespread but due to the development of the Puget Sound lowlands the habitat required by camas is rapidly shrinking. Camas was used extensively by the First Nations People of the Salish Sea region and remains an important plant for those who wish to forage and cultivate native plants.

An herbaceous perennial plant of low to medium height arising from an ovate bulb buried several inches below the surface of the soil.

The flower consists of 6 blueish/purple to white tepals (petals and sepals look alike) with the lowest tepal in the corolla having a greater gap between it and the other tepals (giving the flower an asymmetric appearance). Tepals are recurved.

Each flower has a superior tricarpellate ovary surrounded by 6 long extrorse stamens. Each stamen is tipped by a large yellow anther. The stigma has three distinct parts.

The flowers are born on a short pedicles. 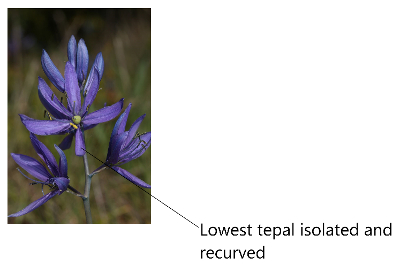 Great camas (Camassia leitchtlinii) is similar to common camas, however, great camas is larger, the bulb is deeper in the soil, and the flower is more symmetrical. The tepals of great camas twist together over the ovary at maturity.

Death camas (Zigadenus SSP’s) can be misidentified as common camas when not in flower. However, the bulb of death camas will cause a burning sensation on the tongue when consumed.

When in flower death camas can easily be told from common camas by its more tightly packed white flowers with obvious green nectaries at the base of the tepal. 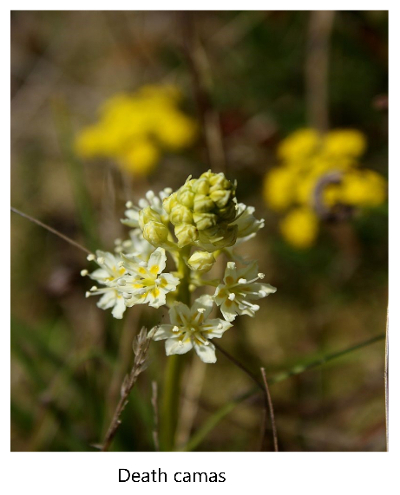 The long filaments on the stamens keep the pollen from an individual flower from self-pollinating by keeping the stigma far from the stamens. This results in a higher proportion of out-crossed flowers increasing genetic diversity within a population.

Seasonally wet meadow and prairie habitats. Most camas habitats have a distinct dry season where the soils dry completely.

The depth of the bulb is influenced by hard-pan soil layers, anoxic soil conditions, and high water tables.

Common camas is classed as a facultative wetland plant. 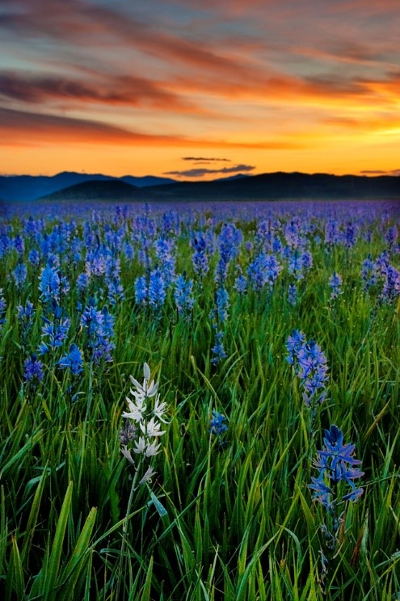 The leaves may be grazed by cervids such as deer and elk primarily in the spring. 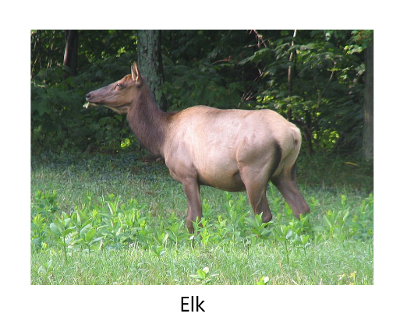 Pocket gophers (Thomomys spp) eat the bulbs. Pocket gopher caching activity results in the dispersal of common camas bulbs. Bulbs not consumed by pocket gophers may grow into new plants at the site of caching. 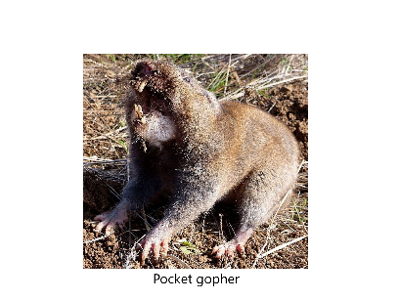 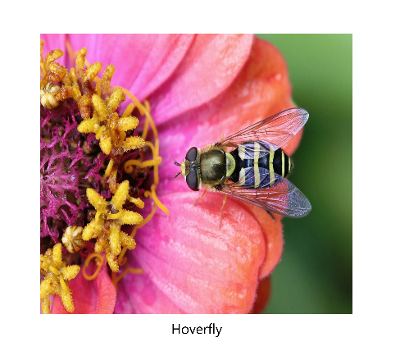 The bulbs of common camas were eaten by many First Nations People. The bulbs were usually harvested in the late summer after flowering. Camas patches were owned by families and passed from generation to generation. Each patch was carefully tended, and dangerous or undesirable plants such as death camas were removed. Camas patches were maintained using controlled burns.

The leaves of camas were sometimes used to make mattresses, and as a protective layer in steam pits.

Common camas propagates well from seed. Seed can be obtained from wild plants in the late-summer/ early- fall time period. When harvesting your own seed wait until the plants capsules have turned tan but have yet to open. Once the capsules open seed harvest becomes inefficient.

Seeds can be stored in a cool dry place in similar conditions as other garden seed.

The seeds should be planted in the fall. The seeds need 2-3 months of cold moist conditions to trigger cessation of dormancy and begin germination in the spring, a process known as cold stratification.

Seeds can be planted directly in the ground 1/8-1/4 below the surface and at a density of around 5-10 pounds of seed per acre.

Seeds should be begin growing in the late winter of the following year.

It is important that the plants do not experience too much heat or loss of soil moisture during spring growth as those conditions can damage the young plant.

The plants will need 3-4 years before flowering when planted from seed.

Gathering whole wild plants is in most states and circumstances illegal and unethical as common camas is threatened or endangered in many areas of the country.

Bulbs have the same planting window as seeds. The best time to plant bulbs is when the soil is moist and soil temperatures are around 60 degrees (F).

Planting depth varies. A good rule of thumb is to plant bulbs no deeper than 3 times the bulb diameter.

Common camas is a versatile plant with a long history of use by Native People throughout the Northwestern United States. Although other food sources have largely supplanted camas in the diets of today, the importance of camas lives on as a foraged dietary supplement and a beautiful addition to native landscaping in our towns and cities.

Return from Common Camas back to Wild Plants Articles