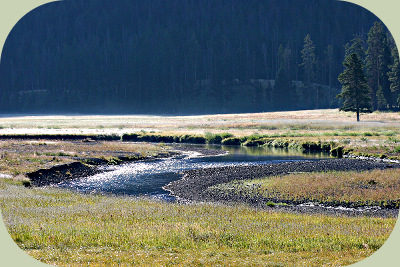 A good backcountry practice is to watch for giardia symptoms. Giardia is an infamous waterborne pathogen and learning how recognize giardia symptoms is an important wilderness skill. Found in wild and not-so-wild waters throughout the world, and is especially likely to show up in areas of poor sanitation.

Giardiasis, or giardia infection is also one of the most common waterborne infections in the USA. It is found in lakes, ponds, streams, and rivers. The speed of the flow of a water source does not limit the possibility of infection.

Giardia transmission can occur in several ways. Generally, it is picked up by drinking from an unfiltered municipal or backcountry water source that is contaminated. Gairdia infection can also occur via transmission from food or person-to-person contact.

Infections usually span several weeks, usually clearing up by about 6 weeks. Sometimes, symptoms reoccur after initial infection. The impact can also be lasting and intestinal problems may be present long after the parasite is gone. Infection can occur without any symptoms, but those individuals can still spread infection through their stool.

The parasite responsible for giardia infection is the protozoa Giardia lamblia. The life cycle of Giardia l. includes several stages. The parasite is picked up as a cyst, which can survive outside the body for several months. When it enters the stomach, the acids encourage the protozoa to break out of its cyst form and it releases 2 trophozoites, which are a free-swimming form.

A Review of the Giardia Symptoms

Giardia symptoms might include diarrhea, bloating, cramps, weight loss and nausea. These symptoms can vary somewhat in intensity and duration, with some people experiencing them for between 2 to 6 weeks. For a few people, however, symptoms may become long lasting.

Complications may arise from the initial giardia infection. These may include such additional conditions as rashes, cause a failure to thrive through malnutrition and also cause severe dehydration. In addition, many people develop lactose intolerance as a result of their experience with giardia infection that can last much longer than the infection itself.

It is important if you believe that you may be showing giardia symptoms or symptoms of some other water-borne pathogen, that you visit a doctor as soon as possible. Tests for giardia are done using one or more stool samples. If you are not sure whether or not you have giardia, but also know you drank from questionable source, let your doctor know when you see them.

Though symptoms of the infection often clear up in several weeks, it's a good idea to seek medical attention. Having giardia can be a very draining and uncomfortable experience, and complications may result. The most common approach to giardia treatment is with antibiotics, and of these, the most frequently used are metronidazole or tinidazole.

So far no drug has been proven to prevent giardia infections.

In a wilderness setting, and have symptoms of giardia, professional medical attention should be sought as soon as possible. Especially under potential survival situations, as the dehydration and other effects of giardia symptoms are magnified.

The best giardia treatment is prevention. Preventing infection is firstly done with practicing good hygiene by washing the hands before eating, after changing a baby or using the toilet.

Proper water purification can also greatly lessen the chance of giardia infection. Quality water filters with pore size of 1 micron or smaller are known to be effective. Chlorine and iodine is not always adequate for disinfection from giardia.

Perhaps the oldest and most cost-effective purification method is by boiling the water. Boiling should be done for 8-10 minutes to be sure any potential parasites are neutralized. If you are in higher elevations, remember to boil water longer as water has a decreased boiling point with increased elevation.

Proper disposal of waste, especially in the backcountry can help keep water sources cleaner. Since those who have the infection may show no obvious giardia symptoms, it is important that everyone practice leave no trace ethics in the wilderness. This includes keeping human and animal waste at least 150 feet from water and burying it 6-12 inches down.

Also, while traveling to areas where water is likely to be unsafe to drink, stick to drinking bottled water. Since thousands of people get giardia from tap water in the USA every year, filtering water is a good practice. If you know an outbreak has occurred in your region, buy bottled water or boil tap water before using it.

If you know you have giardia symptoms, please wash your hands thoroughly and often. Stay out of waterways such as lakes, streams, rivers, ponds and pools or hot tubs. Even once your giardia symptoms have cleared up remember that the infection can be spread for several weeks afterward.

The survival skills of how to find, obtain and purify water are taught as part of our Wilderness Survival Courses.

For further reading on giardia, visit Information on Giardia Infections from the Mayo Clinic and Giardia Info on Wikipedia.org. 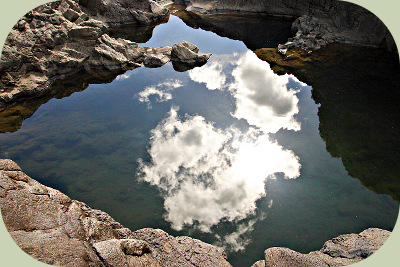 Return from Giardia Symptoms & Treatment back to Wilderness Articles