Here are some crazy facts about amphibians you might not know. Amphibians are an amazing and diverse form of animal life.  Their dramatic life cycles and unique habitat requirements make them particularly interesting and sometimes surprising subjects to study.

Their Life Cycles Are Highly Varied

Compared to mammals, which have a pretty consistent life cycle and reproductive pattern with a few exceptions (I’m looking at you, marsupials), amphibians are all over the board.  Most amphibian species need to lay their eggs in water to keep them from drying out.  Their young typically go through several stages of metamorphosis where major physiological transformations can take place in a relatively short time span.  Other species are able to skip this step entirely and hatch from their eggs as miniature adults.  Most Caecilians, which are the obscure hipster amphibians that you have probably never heard of, (they look like earthworms or slimy, eyeless snakes) actually give birth to already developed offspring without having to lay eggs!  Make up your mind, amphibians. 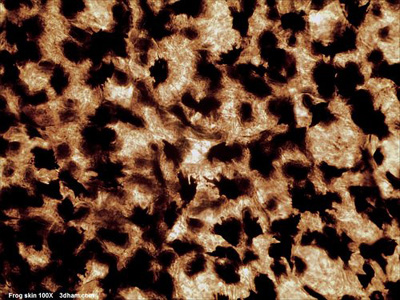 They Can Breathe and Drink Through their Skin

Amphibians have very thin, permeable skin that allows water and air to pass through.  This process relies on their skin being moist.  If an amphibian dries out too much they can start to literally suffocate.  One of the craziest facts about amphibians is some smaller species of salamanders and at least 1 species of frog don’t have lungs at all and rely entirely on their skin for respiration!  The image above is a close up of frog skin magnified 100 times. 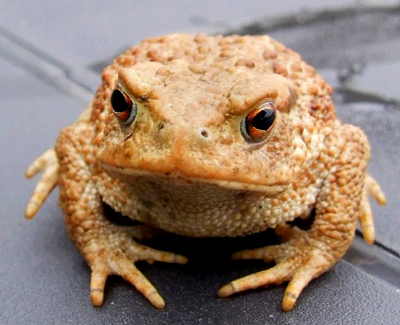 Frogs and Toads are the Same Thing

There is no scientific, taxonomical distinction made between frogs and toads.  The only real difference is in outward appearance (namely the appearance of dry skin and wart-like glands) which has caused people to adopt different common names for different species. 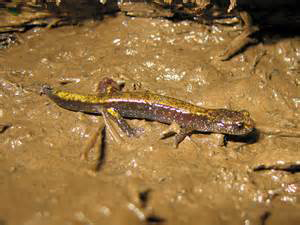 Salamanders Can Sever their Tails to Distract Predators

Having a long tail seems like it would be a huge liability in the survival game.  After all, who would want an obvious convenient carry handle permanently strapped to their back while they are avoiding larger predators?  Salamanders get around this with autotomy, the ability to voluntarily sever their own tail and re-grow a new one later.  The severed tail continues to thrash and twitch, confusing the salamander’s would be predator long enough to make a hasty escape.  The tail is eventually replaced over a span of weeks with a new, slightly shabbier version made of cartilage and discolored skin. 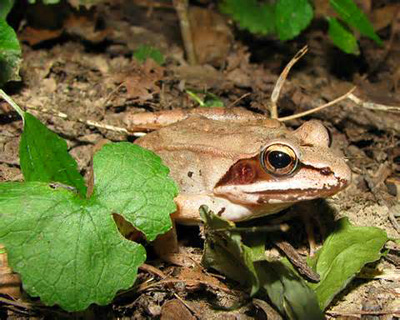 They are Incredible Survivors

Amphibians have persisted on this planet for over 360 million years, surviving several mass extinction events along the way.  Some species go to extreme lengths to survive in harsh climates.  Perhaps one of the most extreme facts about amphibians is that the Wood Frog (Lithobates sylvaticus) can survive being frozen solid.  Its heart stops beating, its blood is completely turned to ice and ice crystals will actually form under its skin.  How can it survive this? The Wood Frog’s metabolism drops into a state of torpor and it uses sugars stored in its liver to flood its vital organs with glucose, which prevents destructive ice crystals from forming inside of its tissue.  Once it thaws out, the Wood Frog can keep hopping along like nothing happened. 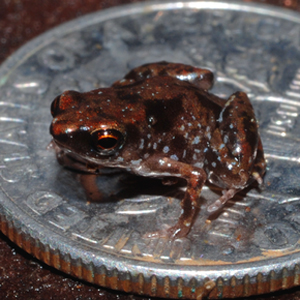 They Can be Tiny

The smallest living vertebrate is Paedophryne amauensis, a frog native to the jungles of Papua New Guinea.  At maturity, they are typically less than 1/3 of an inch long!  These diminutive frogs are also distinct because they do not go through a tadpole stage in their life cycle.  They emerge from their eggs as fully formed miniature versions of adults. 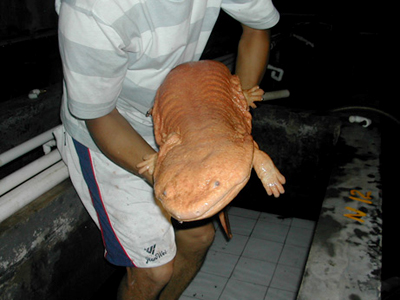 They Can be Huge!

When people think of amphibians, they usually picture cute little frogs and adorable newts under logs.  The Chinese Giant Salamander (Andrias davidianus) is neither of these things.  It can grow up to six feet long and weigh up to 80 lbs!  They have comically small eyes in relation to their body size.  They make up for it with special sensory organs that line both sides of their body.  These organs allow them to detect the slightest vibration in their environment.  The Chinese Giant Salamander is the largest living amphibian, but it is far from the largest amphibian to have ever lived…

They Used to be REALLY Huge!

That title belongs to Prionosuchus plummeri, a South American amphibian that lived during the middle Permian (270 million years ago).  This swamp dweller had a crocodile-like body and could grow up to 30 ft. in length!  For perspective, that’s roughly the length of a full size school bus.  Paleontologists theorize that Prionosuchus was an ambush predator judging by its body type and dentition.

Salamanders are the only vertebrates that are capable of full blown limb-regeneration.  Their bodies are able to re-grow fully functional, complex bone and muscle structures.  Scientists have been studying the process for decades in the hopes of reverse engineering it into humans.

To learn more about amphibians and other wild creatures check out
Wildlife Tracking Courses at Alderleaf.


By the way, when you're spending more time in nature it's important to know how to stay safe in the outdoors, especially if you were to get lost. Right now you can get a free copy of our mini survival guide here, where you'll discover six key strategies for outdoor emergencies, plus often-overlooked survival tips.

About the Author: Jeremy Williams is an experienced wilderness skills educator and wildlife tracker. He was an instructor at Alderleaf. Learn more about Jeremy Williams.

Return from Facts About Amphibians to Wilderness Articles