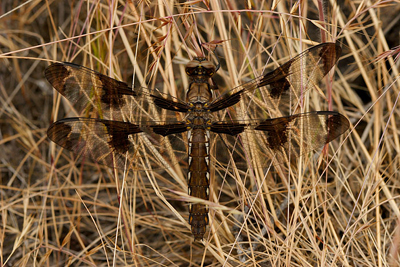 Edible bugs can be an excellent food source in wilderness survival situations. The idea of edible bugs might strike many as sounding a bit questionable or even downright disgusting. With bodies so different from our own, more legs, and even different sensory systems, bugs - more accurately called "invertebrates" - might seem an odd choice as a food source.  However, many of us already consume invertebrates as food, especially those that come from the sea.  Animals that are regularly eaten which are considered invertebrates include creatures such as shrimp, prawns, lobster, crab, crayfish, squid, octopus, clams, oysters, and mussels.

What is an invertebrate?

An invertebrate is an animal without a backbone.  This includes a majority of living things on the planet, such as: insects, arachnids, millipedes, centipedes, crustaceans, mollusks and many other small creatures.

The prejudice against eating them is largely culturally imposed and reinforced. Partially because bugs have been associated with what is unclean and causes disease, so much so that this attitude is pervasive. Certainly, some invertebrates do help carry or spread disease, such as ticks and mosquitoes for instance. However, a majority serve other roles in the environment around us that have largely beneficial effects on us. Another prejudice is that because they are bugs, they must taste disgusting.

To the surprise of many who try eating invertebrates for the first time, their flavor is diverse and complex.  Every species has a different taste, some of them familiar and others wildly unfamiliar but still pleasant.  Some species of termites taste like hazelnuts.  Some ants have a rich, sour taste, including one species found in the Amazon rainforest which tastes just like lemon drop candies. Certain species of grasshoppers can taste like shrimp when cooked.

Besides to try something different and out of the normal experience of many, is there any good reason to consume invertebrates? First of all, they are certainly not lacking in nutritional value. They all contain protein, and many are surprisingly high in fats. This is especially useful when in a survival situation, were every calorie counts and even small mouthfuls of fatty foods can give you the energetic boost to help you take care of your basic needs and tackle the task of getting yourself to safety.

If you don't believe eating bugs is valuable, then ask the huge grizzly bears that climb high onto the barren peaks of the Rocky Mountains in search of the adults and larva of tussock moths.  They eat these by the mouthful, after they expose them from under rocks on talus slopes. These fatty moths help the bears put on body fat and survive the rigors of living in their high mountain homes. 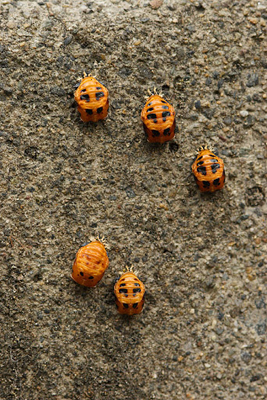 First, as a general rule, there are some invertebrates to be avoided. Specifically, those which possess bright colors, especially highly contrasting colors such as black and orange, black and yellow, and black and red. A familiar example of bugs to avoid eating is the beetle group known commonly as "ladybugs."  Also avoid bugs which spray or exude any kind of defensive oil or compound.  Lastly, avoid any that have a strong smell. The most famous of these strong-scented invertebrates to avoid are the millipedes, many of which defend themselves with cyanide in their bodies.

Good choices for edible bugs are: crickets, grasshoppers, beetle larva, ants, termites, wood lice, earthworms, large spiders, and giant water bugs. Because many invertebrates have an exoskeleton made of chitin, they are best cooked first in order to obtain as much nutritional value as possible and to improve flavor. Cooking will also kill any possible parasites or bacteria associated with the invertebrate. Happy bug eating!

Mother Earth News Article: 11 Edible Insects and How to Eat Them

Learn more about wild edibles at our Wilderness Courses

Return from Edible Bugs back to Wilderness Survival Articles