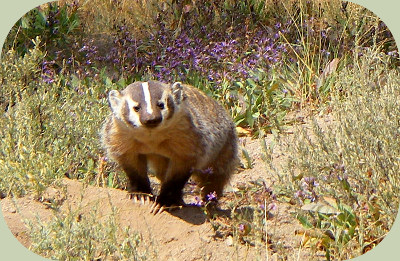 Badgers live a lifestyle that is based on digging for prey. This means they tend to prefer open habitats such as grasslands, meadows, fields, prairies, deserts, farmlands and sometimes the edges of open woodlands. Therefore, badgers tend to be found in parts of the USA where such habitats are abundant, such as: the Great Basin Desert of Nevada, the badlands of South Dakota, the Columbia Basin of eastern WA state and the rolling grasslands of California. But, what is it that makes for really good badger habitat? The key is that it has to include large areas of abundant prey and relatively loose soils. 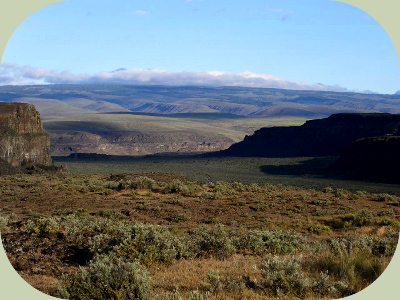 What Do Badgers Eat?

The American badger is a carnivore that eats a wide variety of small animals, such reptiles, amphibians and invertebrates. Many of these prey species are found by badgers as they dig, though some are also caught on the surface.

How Do You Know a Badger is Around?

So, now you know something about what good badger habitat might look like. How will you know if there is a badger in the area? Since badgers spend a great deal of time underground or under the cover of night, they are not easy to observe. Knowing how to recognize the tracks and sign of badgers is tremendously helpful.

Tracks: The tracks of the American Badger are flat-footed and of medium size. They have five toes on both front and hind tracks. The front feet are significantly larger than the hind. Nails are large and tend to register reliably in the track, and are significantly longer on the front feet. Therefore, they register much further away from the front feet than the rear feet. The pads that make up the heels are fused and make one solid pad on both fronts and hinds. The smallest toes are on the inside and often do not register fully on either front or hind tracks. 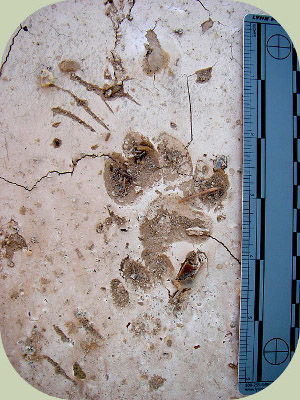 Gait: Badgers generally walk while they forage and tend to trot while traveling. They also occasionally lope when alarmed.

Scat: Though scats can vary greatly in shape and size, they tend to have a powerful smell when opened to see their contents. Often the scats are twisted, pointy, folded piles that are somewhat segmented. They are usually placed along travel routes, and occasionally marking entrances to ground squirrel burrows. They measure about 3/8 to 3/4 inch in diameter and 3 to 6 inches long. 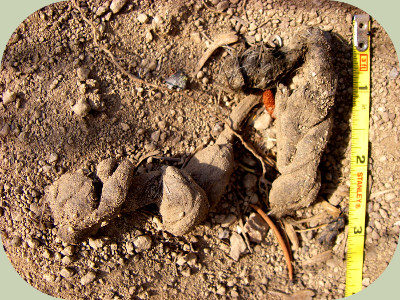 Other Sign: One of the most obvious and most commonly observed badger sign are digs and burrows. If you believe you are in good badger habitat, begin your search for badgers by seeking out these signs. Badgers generally dig to catch prey, rest while traveling, to get out of the heat and also to give birth to and raise their young. Badger burrow entrances often have a throw mound in front of them. The entrances generally measure 6 to 10 1/2 inches by 7 to 10 1/2 inches. 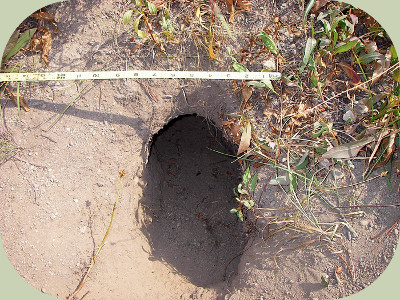 Similar Tracks: The only relatively similar tracks to badgers are those of skunks, which also have long claws on their front feet, but are significantly smaller. For a more details on skunk tracks, check out our page on Skunk Tracks.

Knowing how to recognize the features of good badger habitat and being able to recognize badger tracks and sign will help you to find locations were badgers are active. Remember that animals are shaped very strongly by where they live. Badgers, with their low slung bodies, powerful forelimbs and long claws are built to dig and to live in open country. 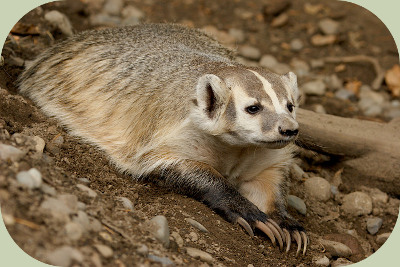 Return from Badger Habitat back to Animal Tracks Information